What Are We Coming To...

Ok, so Romney is out, only Democrats are left (including Mr. Lame-Poo-Stain John McCain, D-Arizona), people don't seem to care about their country, football is over, Arby's doesn't have Homestyle fries anymore, AND the groundhog saw his shadow. Dang you Punxsutawney Phil and your miraculous power to make winter continue. I never really noticed how a rodent can influence the way I dress, pretty incredible actually. But ya know, I decided that just because things don't always happen like I think they should, life is still pretty dang fun.

I mean, like President Hinckley said, "I've never been more optomistic about the future". And he was and is a prophet and could forsee so much. So why not go about my day and have fun, even when I know the rest of the world wants to throw itself in the trash. They can elect a reject to run the country, only serve curly fries which I just discovered, make TV's too expensive for me, and all that junk... But life is still good. Cause hey, Cafe Rio is still tasty, Slurpees are as good as ever, I rented my basement out, BJ's has pazooki's (Cookies and Cream can't be beaten) and I'm dating possibly the cutest girl ever. And when I take Lauren to the movies, guess whats there to accompany our date...Cherry Coke. See, good stuff is everywhere. Oh ya, this one time like two days ago we went to the dollar theater and I made her put this gallon of Simply Lemonade in her purse and sneak it in... it was awesome. People were so jealous of my citrus enjoyment, I could tell even in the dark. But that's just the point, so many good things. So when life is crap and so many bad things are happening aound you, life is dealing out lemons... Go ahead and just buy yourself a thing of Simply Lemonade at your local store and it'll put a big ol smile on your mug. Especially when its snuck in a theater. Thanks Lauren.
Posted by Ryan & Lauren Nelson at 3:31 PM

I am pissed too about the fries. I hate curly fries!!By the way Vegas was like 65 on saturday. Enjoy the snow!!

I am not to sad about Arby's only having curly fries. So, I guess that makes one less crappy thing in this world for me.
Maybe Phil was wrong! It was beautimus today!

K..I'm a blog stalker and found your blog in the most round about way! Anyway, I am Lauren's favorite cousin in the whole wide world Sunni! Anyway..you are one lucky guy cause she is seriously one of the coolest chics around!! Not too much there's never a dull moment when she's around she's so much fun!! She'll die when she sees this!!

sorry because I too love me them curly fries...you forgot to mention the only REAL bad thing about arby's is the Pepsi products. (also the reason I prefer del taco over taco bell and they also have the best cherry coke of all time)

now that is one serious purse if it can fit a gallon of SL in it.

Are you serious Taylor? Maybe if Arbys started serving Deviled Eggs I'd lose some of my harsh feelings. And thanks for rubbing it in Ashlee...Ha I wrote this post to try and boost my spirits cause I wasn't somewhere warm.

Oh, her purse is almost not allowed on planes as a carryon cause the thing is so gargantuan. And Pepsi is great! Oblads can be weird haa. Although yes, I go to Del Taco just for the Cherry Coke... And their medium size is HUGE! Sunni! Lauren talks all about you. I could feel you stalking my blog this whole time. I have a blog P.I. I pay just for that type of thing... You should visit cold Utah.

I too love Lauren, and curly fries, and the sweet weather we had today. But, I'd have to say no to that crap lemonade! ha, take that!

The limeade made by the same company sucks the flesh off of the inside of your mouth. Pepsi Regular...and Diet Coke...more Oblad weirdness.

Hey Bree, I can eat sugar whenever I want... and any other food... So take that. And that lemonade is so good and al natural, just like me.

Me, I save my Cherry Cokes for movies. It is exclusive to that. Special. If I drink it when I am not at a movie it just seems wrong. So good with some salty pa corn. Mmmm!
Oh yea, I love Lauren too (and lemonade)!

I think I've met Lauren twice but I'm sure she was overwhelmed with all the people there already and she is cute.

Don't forget the salty pa corn with gallons of butter. Mmmmmmmmmmmmmm
I love Larry H. Miller theaters anyone else?

Um yea!!! I am a fan of reserved seating. I also love that you can take a big fat plate of nachos into his theaters at Jordan Commons.
Oh yea, and DON'T forget the butter!

I also love that you can buy giftcards at Costco that cost $39 but the value is $50. AND the Jordan Commons one will let you fill your cup up at one of the restaurants (I can't remember which one) that has crushed ice. LOVE ME THE LHM theaters. K...lets go.

I'm all about the curly fries. Yummay!! But not the Horsie Sawase. Arby's Sawase all the way!

And the past few days have been amazing. Snow melting the whole day, and even at night, like right now, now that is a good sign. And it should be continuing for the whole week!! Good thing that Rexburg has screwed me to think that 20 degrees is nice. Yeah. haha

And Bree, I think that you are the FISRT person that I have ever heard that doesn't like that limonada!! I think that it's the best crap out there!!! I think that I might just have to go buy me a gallon and sneak it in to the theaters with my big o purse! That reminds me of the time when Eric, Audrey, and I snuck Panda Express into the theaters. And then Eric ate that crazy Cong Pow pepper and he almost died. Oh the glories!!!

Vegas has Homestyle still on Lake Mead. They asked me today if I wanted some.

where the heck are you?? what have you been up to lately???

i must say that i loved reading that post! I too love me some Cherry Coke, and Simply Limeade! They now have Simply Grapefruit and I was craving me some of that yesterday!

Lydia, that was a rockin' story. I laughed out loud and still am because I'm picturing the pepper attack of Eric's esophagus. Oh the glories is right. Wish I could have been there!

The only thing I've sneaked into the theaters in my purse was a midget.

Pepsi, Del Taco, Hillary Clinton... all the same to me.

I will have you know that you have been TAGGED!!! Just go to my wall and copy and paste the post, erase my answers, and then answer the questions. Do it!! It's time for a new post!

yeah we all want to know the happenin's with you. no blog post tells us nothing so that reflects that you have a pretty boring life sir. so get on that tag!

This world is doomed to meritocracy!

did u erase comments?

so no u didnt delete comments. i'm an idiot.

poop on a stick.

Are you for real dude? New post already! I was hoping to see something exciting about you & Lauren

There is something exciting about them!! I should do a post for him!!

This is Lydia by the way...I just didn't want to sign my friend out. :)

Where is the Engagement announcement??? 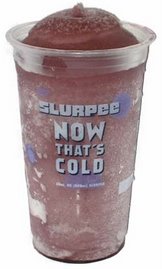